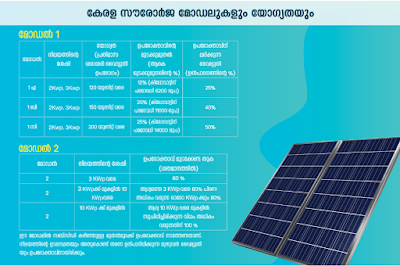 PM-KUSUM scheme - PM KUSUM is a Central Government Scheme for farmers for installation of grid connected solar power plants. This Scheme aims at promoting the solar power production and enables the farmers to earn extra income.Features: Economical,Additional source of income to the farmers by selling the generated Solar power to the KSEBL,Environment Friendly, Reduce the greenhouse gas emissions. 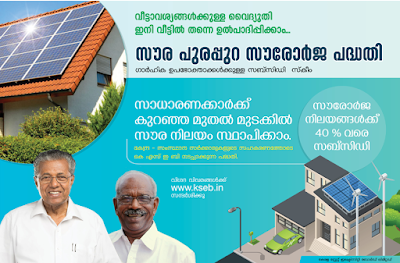 Do you want some additional information on any Electrical Subject? You may require information regarding some of the subjects at work, school or club. Don't wait just visit the link below to find plenty of white papers on any subject. The following are some of the topics covered in whitepapers offered by Schneider Electric.

Fuse unit is used to control distribution feeders. Normally fuses are provided on all the three phases. This gives over current protection and short circuit protection. These fuses are commonly used in distribution transformers to protect the lines. 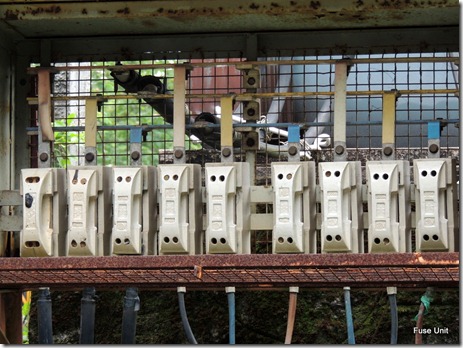 Fuses are made of porcelain and the conducting parts are copper. Graded alloy wires are used for re-wire able fuse links. Sometimes HRC fuses are used to link between terminals. Technicians use a hand gloves while handling these fuses. It is very convenient to test the supply by using line tester.

Email ThisBlogThis!Share to TwitterShare to FacebookShare to Pinterest
Labels: Distribution Board, Fuse Unit

How to apply for entry level electrical engineering jobs

Entry level electrical engineering jobs are available in plenty and reserved for fresh Electrical engineers just out of their college. Students studying engineering must have an idea about the opportunities available in the job market. So they study with some sort of specific ambitions in mind. They undergo specialization and carry out projects in this specific subject where they want to grab a job. By the time they complete their degree they must have some idea about the job market. The campus interviews and recruitments are carried out by some large firms. Small firms arrange interviews at their company premises to recruit entry level electrical engineering jobs.

A student who appear for or apply for entry level electrical engineering jobs must prepare a good bio-data (resume) that contain all their positive points. This resume must be prepared with the help of your teachers and parents. To get help from elders is important because they know how your resume appear before an employer who recruit for entry level electrical engineering jobs. It is also very important to add the specific projects you have done, industrial training you have undergone and part-time jobs you have attended. Also make sure to modify the resume at frequent intervals to add the expertise you have gained. I personally recommend for different resumes for different organisations. Please remember that the resume is the most probable starting point for an interview that select an entry level electrical engineering job. 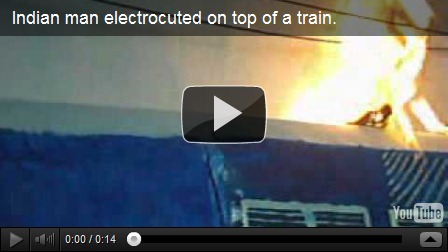 A man grabs the high voltage wires above a train and electrocutes himself, he then bursts into flames.

Wikipedia says that In electrical engineering, the method of symmetrical components is used to simplify analysis of unbalanced three phase power systems under both normal and abnormal conditions.

There are three sets of independent components in a three-phase system: positive, negative and zero for both current and voltage. Positive sequence voltages are supplied by generators within the system and are always present. A second set of balanced phasors are also equal in magnitude and displaced 120 degrees apart, but display a counter-clockwise rotation sequence of A-C-B, which represents a negative sequence. The final set of balanced phasors is equal in magnitude and in phase with each other, however since there is no rotation sequence this is known as a zero sequence.

What is a dedicated line?

This is an extract from a white paper circulated by APC!

First, the protected load is not subjected to input voltage variations that could be caused by other loads sharing the same circuit. Such variations could result from the voltage drops in the building wiring, which are caused by the currents drawn by the adjacent loads. These variations are prevented by the dedicated line since the adjacent loads no longer share the same building wiring. Second, the protected load is not subjected to variations in the voltage of the grounding wire, which might result from ground noise injection from adjacent loads. This reduces intersystem ground noise.

Third, the protected load is not subject to the potential hazard of having its source circuit breaker tripped by the malfunction of another load, since with a dedicated line no other load shares the same circuit breaker.

A dedicated line may be installed at any time. An electrician simply installs a new circuit breaker in the circuit breaker panel and runs a new wire to either a new or existing AC receptacle.